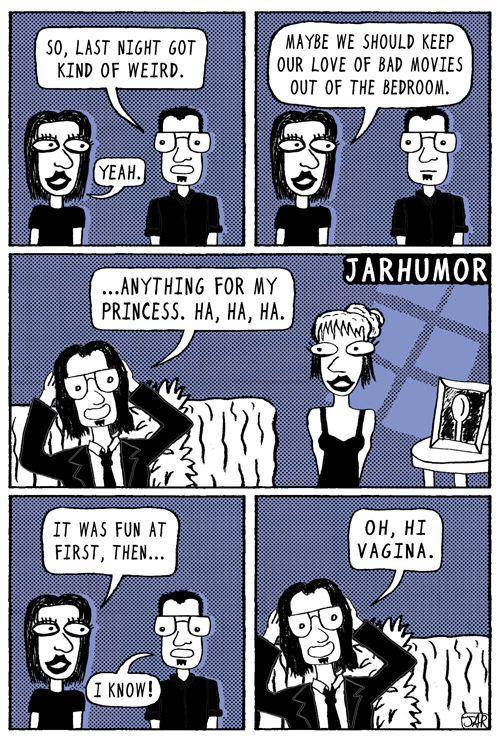 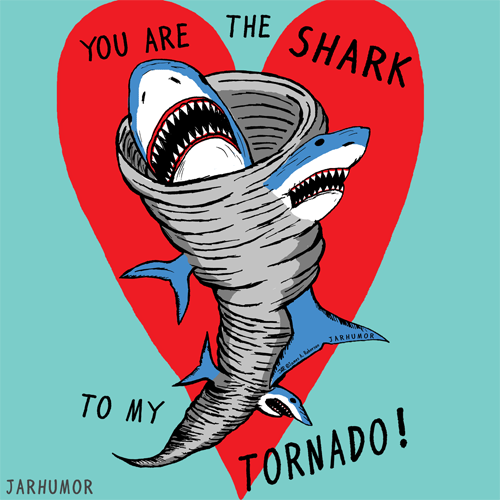 You Are the Shark to My Tornado! A TV b-movie Valentine!
Inspired by the Syfy Original Sharknado. 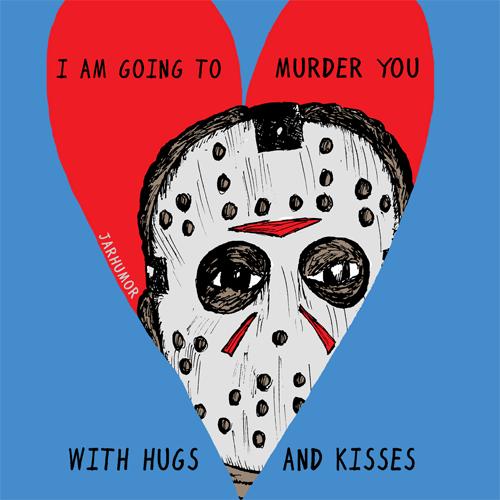 I Am Going To Murder You With Hugs And Kisses. Horror Movie
Valentine. Inspired by The Friday the 13th films. 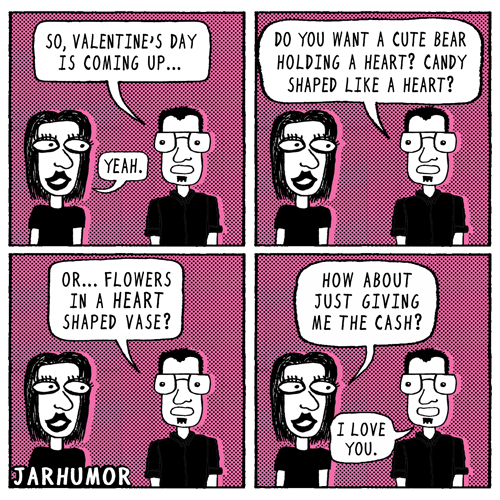 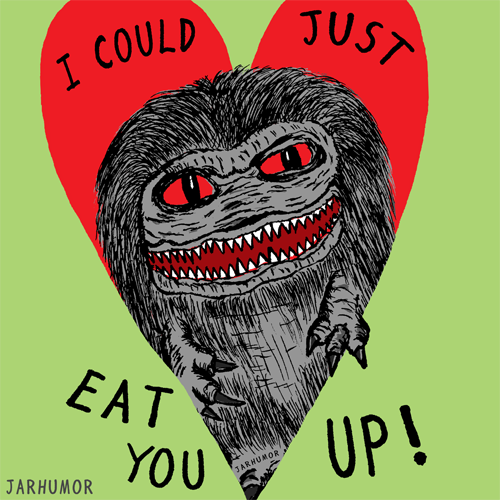 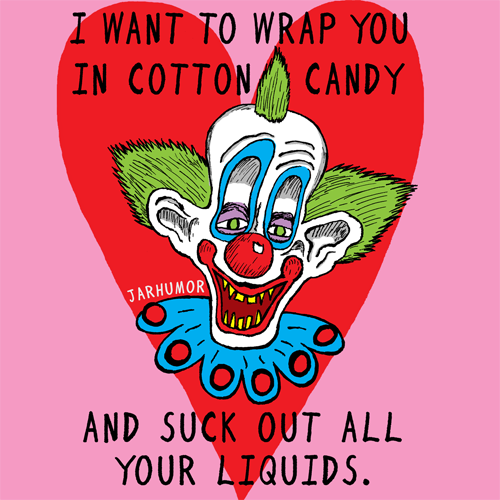 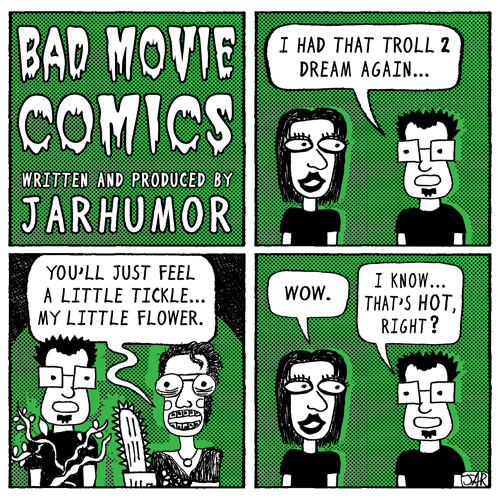 I had that Troll 2 dream again. Watch the Comic Video. 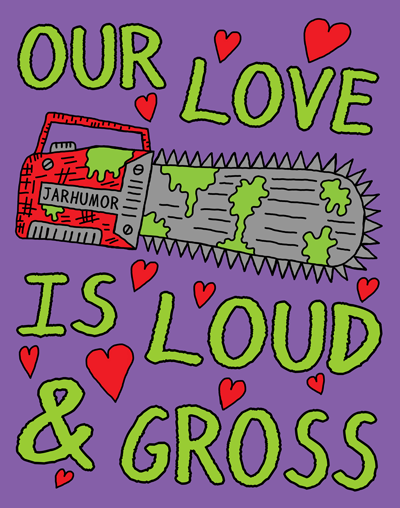 Our Love is Loud & Gross. Get the Printable PDF. 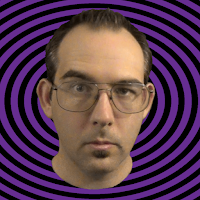 Hello, I'm James A. Roberson (known as JARHUMOR on the internet.) I am a major Movie / TV nerd who always wanted to become a filmmaker or actor; I ended up as a cartoonist that creates comics about the making of bad movies. I also create parody sci-fi art for t-shirts and I write spoof b-movie screenplays, (which I act out in YouTube videos.) ...It's almost the filmmaking and acting career I wanted.
Posted by James A. Roberson