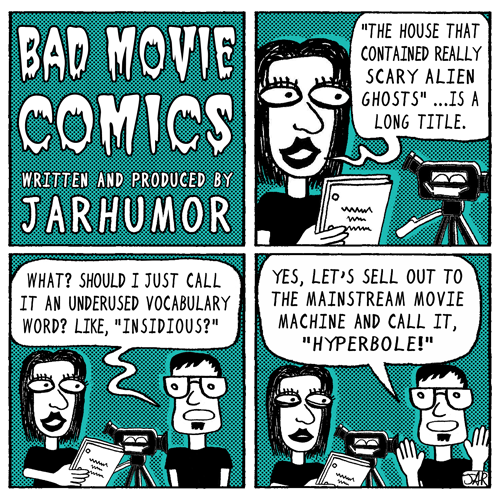 Sometimes when a family moves into a new house they discover a bunch of weird stuff. Watch the video on YouTube. And sometimes that weird stuff is the result of their house being built on top of a crashed UFO and a bunch of dead aliens. T-Shirts! More...


Can your mind handle the horrors of a sci-fi, alien, haunted house movie? The House That Contained Really Scary Alien Ghosts! A screenplay by James A. Roberson. Watch the video on YouTube. 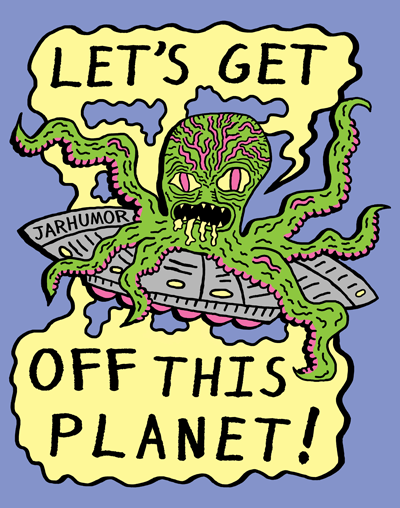 Let’s Get Off This Planet! So, now that we know there's water on Mars, lets hurry up with the beach front resorts. GET THE T-SHIRT! 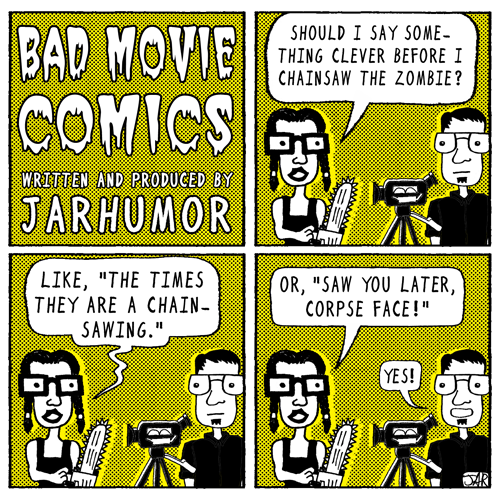 Check out my Chainsaw Zombie Sleepover video on YouTube. 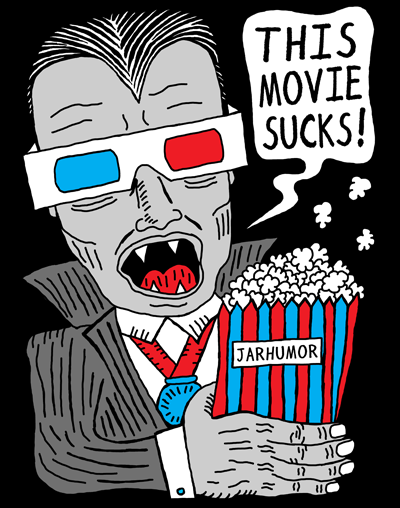 This Movie Sucks! Vampires know a lot about sucking because they’ve been in a bunch of awful horror movies. Also, they suck people’s blood… Hey, yeah… they suck blood! That’s why this is clever (I just got it.) GET THE T-SHIRT! 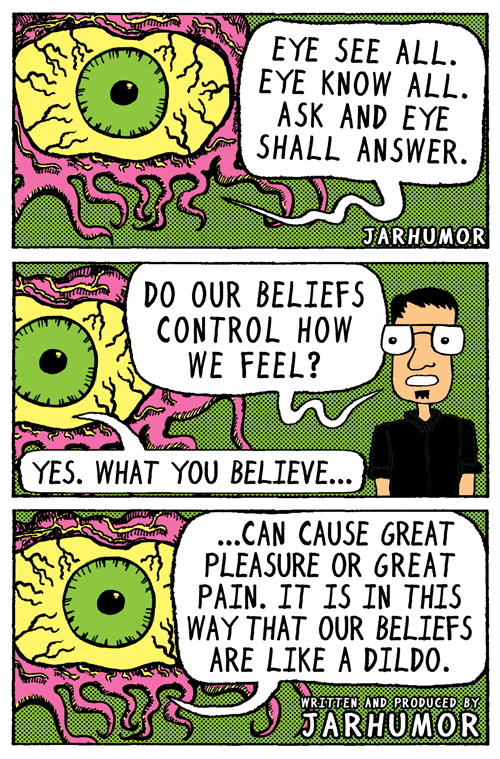 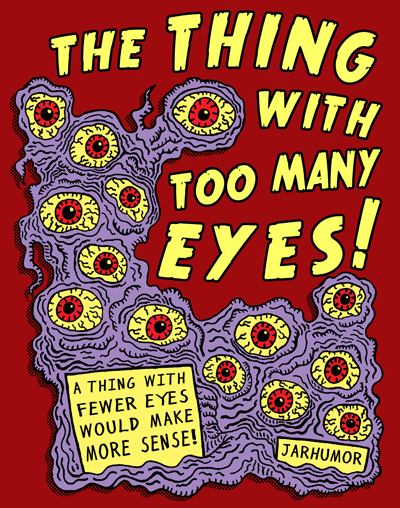 The Thing with Too Many Eyes! A thing with fewer eyes would make more sense! GET THE T-SHIRT! 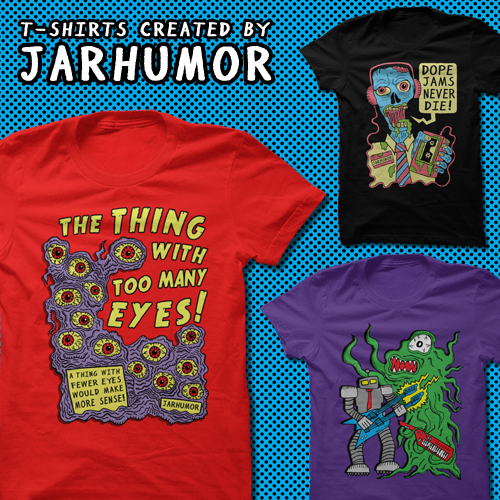 T-Shirts created by JARHUMOR! T-shirts that let people know that you have a sense of humor and a love of Aliens, Robots, Monsters, and other Sci-fi Horror stuff! Check'em out HERE!
Posted by James A. Roberson